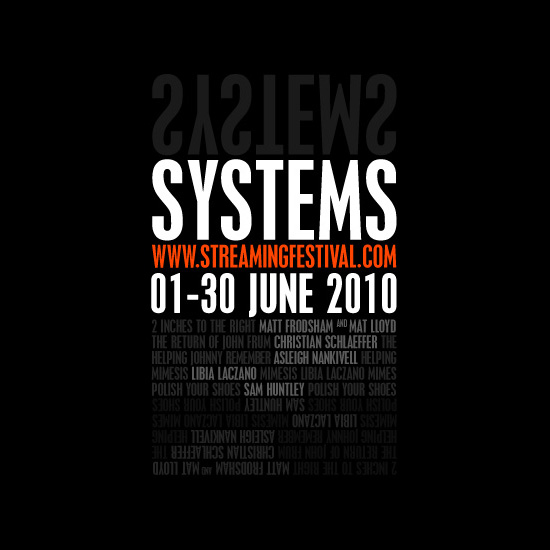 A journey through style and independent filmmaking
This program is a reflection on today's artists whose abilities allow them to integrate the cinematic process from writing to editing with stunning results - will take you on a journey through style and independent filmmaking, from the outright eerie but captivating atmosphere and visual techniques of Ashleigh Nankivell "Helping Johnny remember", via the collage of 8mm footage, letters and pictures that were used in the video-essay "Mimesis" to the powerful animated feature The return of John Frum with an equally powerful sound design, made by Christian Schlaeffer.

Meanwhile, Matt Frodsham and Mat Lloyds approach independent filmmaking differently by combining words and visuals to create a critical verse that will leave you thinking long after the last frame has passed in the film 2 Inches to the Right which was released a mere two weeks ago on 15 May 2010.Lastly, immerse yourself in the richly awarded and critically acclaimed "Polish your shoes" by Sam Huntley - whose effective cinematic language brings this adventure into style and independent filmmaking back to its beginning.