At the crossroads between the street and the museum, on the threshold of what used to be the home of Ivan Meštrović - in the atrium of the Meštrović Atelier, an encounter of Meštrović's classical art and contemporary expression of street art will occur.

Ivan Meštrović's monuments, such as The Well of Life or The History of the Croats, count for the most imposing and beloved symbols of the city of Zagreb. For more than a century (the relief of Peasants placed in 1907 at the facade of the building in Ban Jelacic Square No 4) Meštrović's art pieces have been a part of Zagreb's urban identity.

This identity changes over and over again with each generation that lives in the city and leaves a mark through its activities. New generation's identity reaffirms itself through an exceptionally dynamic aspect of contemporary art & street art, which combines different interventions on public spaces - graffiti, stickers art, murals, etc.

A part of the permanent display of the Meštrović Atelier, such as Ivan Meštrović's sculptures in the atrium and atelier or columns in the atrium, have been protected due to reconstruction works on the nearby building of the Constitutional Court - wrapped in sponge and plastic foil or, like other pieces and columns, placed inside the wood board boxes. Selected street art artists will use wood boards and the entrance doors (original doors made by Drago Ibler in 1925 will be under restoration at that time) as a background for 6 selected street art artists from Croatia (Zagreb, Rijeka), Serbia (Belgrade), Germany (Hamburg) and the Netherlands (The Hague) to paint their own interpretation of Meštrović's works - the one placed under the wood board boxes, other pieces from the Meštrović Atelier or monuments of the city of Zagreb. 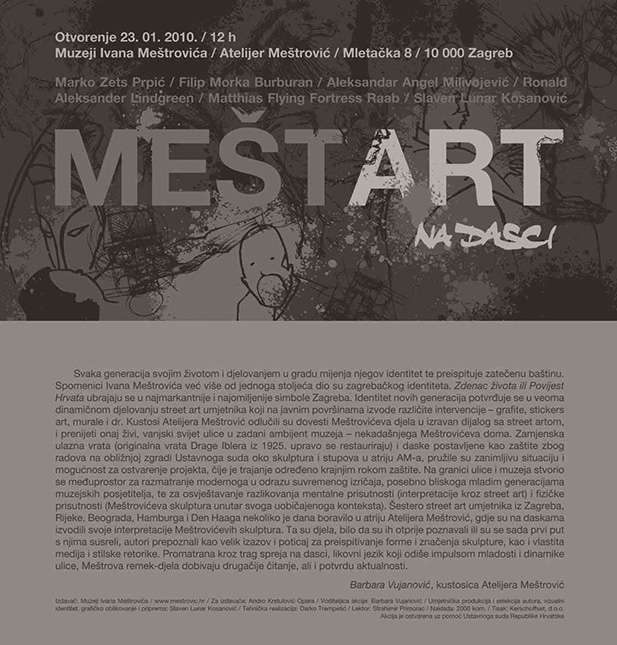 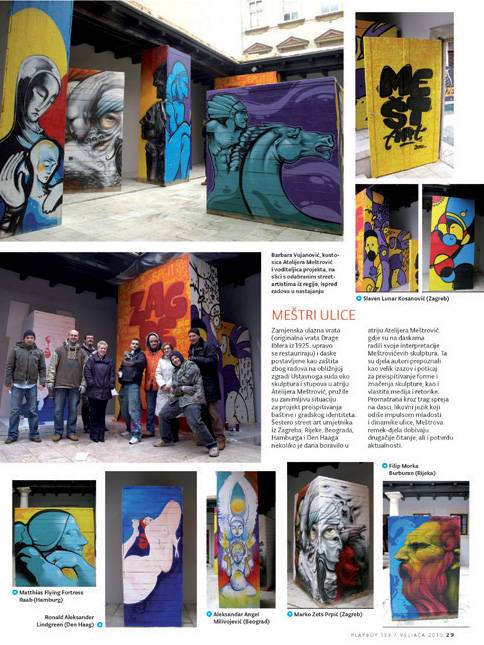 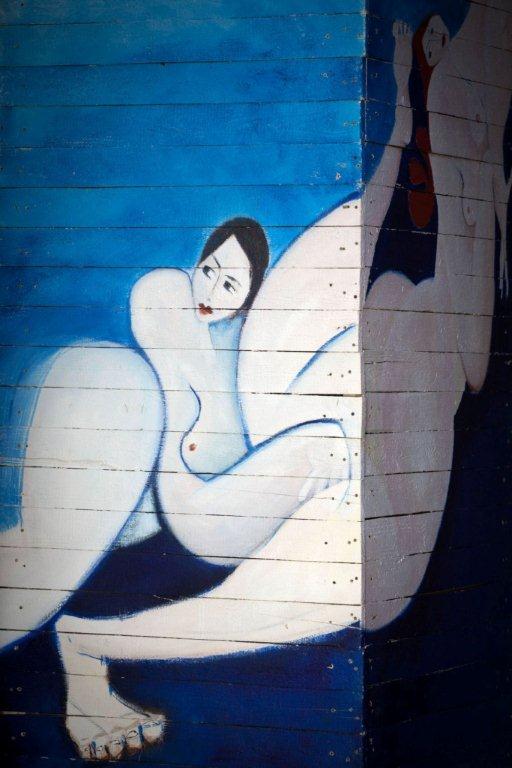 The Meštart programme started in 2009 in the Meštrović Studio in Zagreb, its aim being to present the oeuvre of Ivan Meštrović in a topical light, leading to a new reading through contemporary artistic idioms.

The objective of international project On board is not only to make temporarily hidden sculptures of Ivan Meštrović visible, but also provide an overview and interpretation in a way new and fresh, particularly fit for younger generations of museum public. Interpreted with the visual language of street art, which through attractiveness and thematic directness has imposed itself as a relevant expression of urban culture, these master pieces of Croatian modern art will once again acquire confirmation of their actuality and timelessness. The intention is to arouse public consideration, especially of a young one, of monuments and cultural heritage in general.

On one hand, it will awake perception deriving from distinction between mental presence (street art interpretation) and physical presence (the sculpture of Meštrović within its usual context).
On the other hand, it will lay emphasis on the aspect of enticing the respect for cultural heritage, and learning about it through a medium which implies beautification of the encountered, instead of aggressive defacement (too often a case with spotted facades).
Furthermore, it is about the dialogue between sculpture (art of Meštrović as a theme) and painting (street art as a form of wall painting - medium). Let us not forget that a wood board is one of the oldest surfaces used for painting. Although it has been long since street art has entered museum and gallery

Spaces, the dialogue between modern and contemporary still provides sufficient challenge and intriguing possibilities for creative reaction.
After the project is finished, the wood boards will be kept and reconstructed in different (public) spaces and Croatian cities. By doing this, Meštrović's sculptures will not only be displaced, but will offer a new perspective of Zagreb cultural heritage within another (different!) urban context.

An article about Meštrović's work and life can be found on wikipedia.org